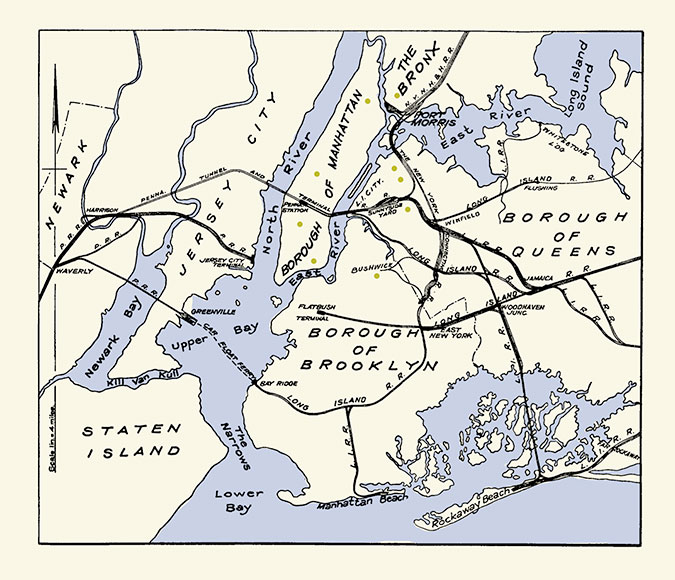 ZENON TAVERNA
A Greek restaurant in Queens. Great for sausages and eggplant dip.

JACKSON DINER
An Indian restaurant in Jackson Heights. Check out their traditional curries.

NEW WONJO
A Korean BBQ spot in Koreatown. They use real charcoal and are open late.

JACOB’S PICKLES
An American restaurant on the Upper West Side. Fried chicken and biscuit sandwiches, biscuits and gravy, shrimp and grits.

YERBA BUENA
A Latin American restaurant — there are two of them, but go to the one on the Lower East Side. Great ceviche, arepas, and steak.

Chimichurri truck in the Bronx on Featherbed Lane and Jerome Avenue, near the Mt. Eden stop on the 4 train. They serve Dominican-style hamburgers.