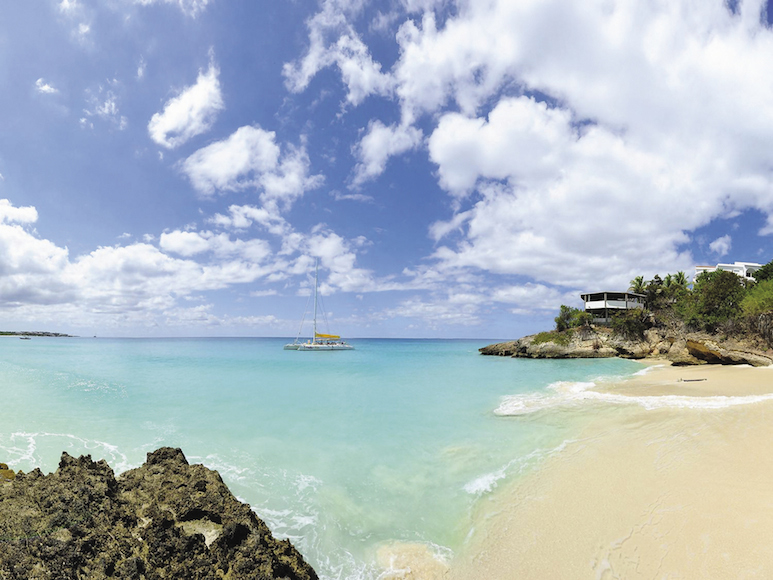 The Malliouhana Hotel & Spa has long been regarded one of the finest resorts in the Caribbean since its opening in 1984. Twenty acres of prime beachfront property overlook the pristine, azure waters and white sands of Meads Bay and Turtle Cove. Set atop a panoramic bluff overlooking the Caribbean, the newly refurbished hotel blends modern amenities with the warm and gracious hospitality of the island. Just steps away from the ocean, the hotel features 46 rooms and suites, two open-air restaurants and bars, two freshwater swimming pools, and spa facilities.

August
The first week of august is a time of celebration in Anguilla. Emancipation Day, the first Monday in August, kick- starts a week of festivities that include the all-important sailboat races on Thursday, August 7th. Sailing is not only a defining characteristic of the island, but it is an intrinsic part of Anguilla’s history. Boat building is an art, and nearly each boat is named after a late-19th-century cargo sloop that used to trough the Caribbean waters. Come join the local “land racers” as they cheer on their favorite vessel from the beaches, where as many as 10 boats with crews of 18 race for bragging rights as the fastest on the island. During the boat races, head to The Grill, where race commentators and up-to-date race highlights will be complemented by a nautical-themed menu of crawfish cakes, seafood salads, and wonderfully fresh local snapper, grouper, lobster, and more.

Local Catch
Like much of the Caribbean, Anguilla makes the most of its local seafood resources. You can expect to see conch, spiny lobsters, crawfish, crabs, prawns, and shrimp on the menu according to the season. Local fish includes marlin and mahi-mahi, as well as red snapper and grouper.