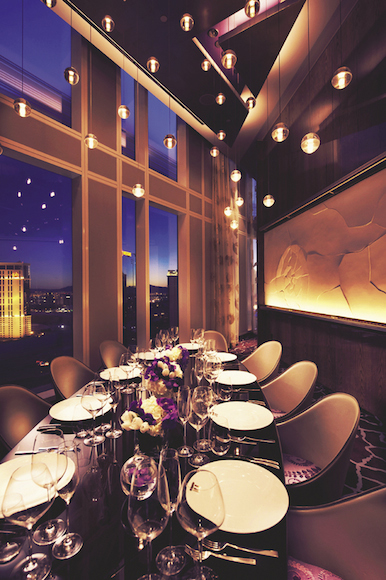          “It was a dark and stormy night. Honest!” Will Costello laughs. “I was traveling through Bordeaux in December, a notoriously rainy time of the year. I was having dinner at Château Dauzac in Margaux.

They are a fifth growth and were largely responsible for creating an infamous ‘Bordeaux Mixture’ that safeguards the vines from rot and mildew that plagues the area because of the moist maritime climate. We were in a space next to the barrel room, tasting their wines with a home-cooked meal, when the lights went out. Our host started to apologize profusely. She grabbed a bunch of candles and placed them on the tables as best as she could, but you still really couldn’t see that much, perhaps across the table to make out your tablemates but that was about it. The conversation picked up and I found myself really having to experience the food myself because I couldn’t see it.

It was one of the most memorable dinners I have ever had because something unexpected happened. I came back excited to try and replicate that experience. Dining in the dark is not a new concept and, besides, I knew we couldn’t make it completely dark because of the lights of Las Vegas outside. And so instead, we decided to darken the room and put the focus on the wine instead of the food. I collaborate with our kitchen as the dishes must harmonize with each glass, but the emphasis is placed on the wines. For that reason we partner with a different winery for each occasion.”
The first in the series of quarterly Taste of the Senses dinners was held on March 11th with Peter Michael Winery from Sonoma County; the second was on May 11th with Penfolds from Australia.

Will Costello is very excited about how each event has unfolded. Intimate tables of four to six allow the guests an opportunity to get to know one another easily, and with food and wine as the common denominator, the conversation usually takes a casual yet enlightening turn in that direction. “When you randomly sit people together, you sometimes get an expert on an ingredient next to someone who has no idea about it, and the exchange is fascinating.” That is, if the guests can figure out what they are eating. “Everyone at the table gets to participate in the guessing game. They work out the protein on the plate first, and then we make our way through all the ingredients and flavor layers. Something might be herbal, like arugula or watercress— right answer, watercress. Something tastes sweet like a tomato. Correct: it was sundried tomato. And so on. It’s a nice opportunity to involve everyone.”

For the wine portion, a representative from the winery is on hand to sit down and run through each selection with the courses. “We actually pour the wines blind ahead of time and then tell the guests to have at it and see what works best with each dish. We will make a recommendation of a numbered glass but encourage them to try others as well.”

The next Dinner of the Senses will be held on August 11th, but Costello hopes one day to make it a weekly event. “It’s about the wine and the food, for sure. This is a five- star restaurant, and so we want to give you everything you could ask for. It’s an amazing sensory experience you won’t soon forget!”